Shrimp from the South of the Gulf of St. Lawrence and from the Scotian Shelf (Pandalus borealis) are found in the North of the Gulf, in the 80 to 160 fathoms-deep water seabed, at a water temperature of 4 to 6 degree centigrade. Young shrimp are found in shallower areas. Each year, shrimp migrate in order to reproduce. They also perform vertical migration, leaving the seabed at night to rise in the water column, probably to feed, and then returning to the seabed during the day. There are hundreds of shrimp species. That being said, the northern shrimp, fished in Eastern Canada, is the most important species found here from a commercial standpoint. The shrimp’s size varies between 5 cm and 13 cm and its weight, between 3 grams and 15 grams. 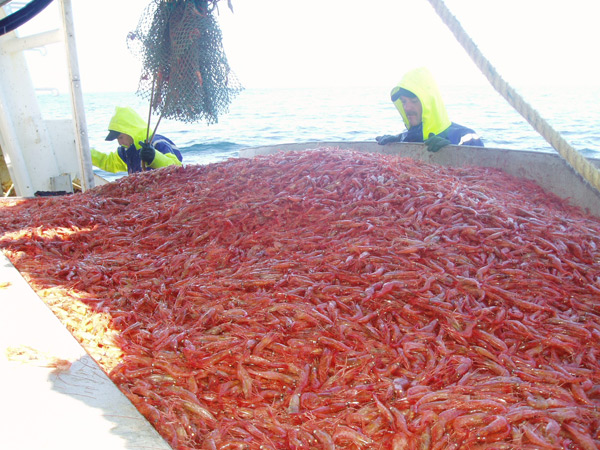